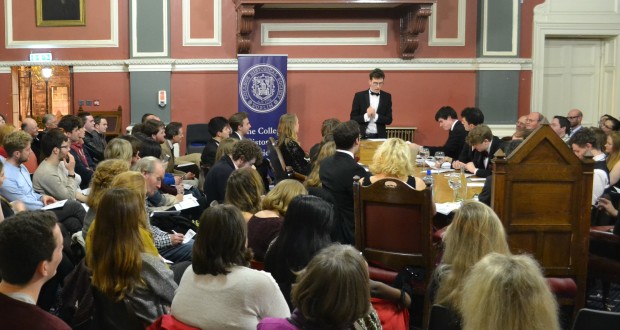 A current hot topic for people of all ages is whether we stay in the EU or leave. Research from an online money saving voucher website suggests that 64% of university students have concerns about travel and opportunities around Europe if we left. Additionally 48% feel neither campaign has given a clear answer as to how a Brexit will affect daily life and 20% feel like their generation is being overlooked by this process.

Both campaigns for the referendum have been coming out with plenty of sound bites and frightening statistics, but those still at university are saying that neither campaign has given them a clear picture as to what will happen if the UK votes leave on the 23rd June 2016. Nor do they feel like either campaign particularly cares about their views and concerns.

To find out how those still at university feel about the EU referendum and their concerns for the future money saving website www.myvouchercodes.co.uk surveyed over 2,000 university students. First they asked them: “How have you found the campaigns to stay or leave the EU?” Respondents could choose from a list of statements. They found the majority (48%) felt that neither side of the campaign has given a clear answer on questions asked in the run up to the referendum. In addition:

The students were also given opportunity to air their feelings on the subject:

With this in mind and looking at how the EU effects education, www.myvouchercodes.co.uk then asked the students: “What worries you if the UK was to vote to leave the EU?” The majority of students (64%) were most concerned about travel around Europe becoming harder, the top 10 results showed:

Speaking about the study, General Manager of My Voucher Codes, Chris Reilly said:

“There are a number of key areas that students, currently studying at university, feel like they either have not been given enough information on the referendum or else been misinformed on it. Its deeply worrying that a large section of the electorate feel this way especially when it is them and future generations that will be most affected by the results. “

“It seems that both the ‘In’ and ‘Leave’ campaigns would rather push scare stories out than actually work on rational facts and seem to be in a game of mudsling with each other with personal attacks. No one appears to be taking the time to talk to and engage this group of voters. As we can see from our study, concerns from students have not been properly answered, and we can understand why they have felt frustrated with this process and worry about what the future holds, for them and every other person in the UK.”