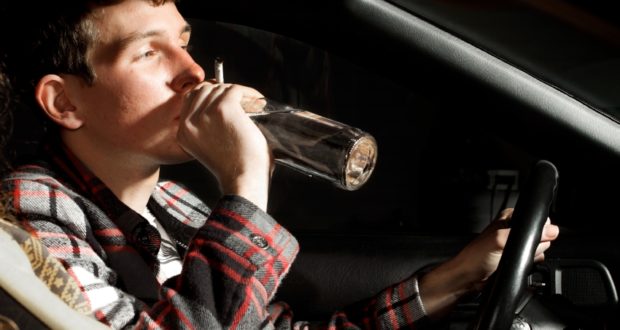 Drunk Driving Accidents on the Rise in Michigan

Holidays are notorious times of celebration and overindulgence. That includes an excessive degree of alcohol sales and intake. Far too many people still believe false claims that the effects of alcohol can be offset by caffeine, cold air, loud noises, and physical contact like shaking or slapping; but time is the only thing that really works to regain sobriety. It takes an hour for most adults to metabolize a single ounce of alcohol and up to ten hours for someone who is impaired to metabolize enough alcohol that it’s safe and legal to get back behind the wheel of a vehicle.

Unfortunately, a lot of people opt to drive anyway, insisting they’re fine or it’s just a short ride home. The sad truth is that a single drink can cause a drunk driving accident resulting in serious injuries or fatalities. Michigan has experienced an unexpected upswing recently in the state’s overall amount of drinking-related accidents, but why is that the case and what can be done about it?

How Bad Is Drunk Driving in Michigan?

It’s hard to turn on the TV or check out your favorite website without hearing or reading about a distracted driving incident nowadays, so it’s easy to think drunk driving is settling down. Of course, then the holiday season sets in and reminds us of the harsh truth. Alcohol is a drug, and when used excessively it can cause even the most sensible person to respond irrationally. One of the most irrational behaviors involves getting behind the wheel of a car. It not only threatens your own life but the lives of anyone else on the road, and that is simply not acceptable in any situation.

Michigan has a long way to go regarding controlling its drunk driving occurrences, and it’s time to get MADD. According to Mothers Against Drunk Driving, 2015 saw almost a 26% increase in drunk driving fatalities from the previous year. In the last month alone, 19% of statewide residents between the ages of 12 and 20 have engaged in binge drinking. And out of 8,892 drinking-related crashes, 4,633 reported injuries. Think about this for a moment. If there was a 50% chance or greater of getting hit by a rock every time you walked out of your front door, would you ever leave your house?

What Can Be Done to Help Control Statewide Drunk Driving?

Most of us wouldn’t have a choice to carry on with life, but we’d figure out a better system than leaving it to chance. The smartest people would figure out how to rid themselves of the rock. But if that wasn’t possible, calling a friend to make sure their exits were rock-free, setting up a security system or other type of buddy system, or even leaving from a different door would be decent alternatives. In fact, most of us would do whatever it took to avoid getting knocked out by that rock. Unfortunately, we can’t control the actions of others, and when it comes to drinking and driving, the results often hit like a rockslide or avalanche.

Of course, the act of drinking and driving doesn’t just affect those who are injured. Road and property repairs from such collisions cost statewide taxpayers an extra $1.3 billion annually and a single drink can lead to a DUI arrest and potentially a resulting conviction. In 2015 alone, there were 26,845 statewide DUI arrests and over half of those were eventually convicted. Michigan has voted to keep its low .08 BAC law, so those numbers will only continue growing. The only way to ensure safety on your end is to never drink and drive. But if you’re involved in an accident due to another driver, calling a competent Ann Arbor car accident attorney will help you get back on the road again.