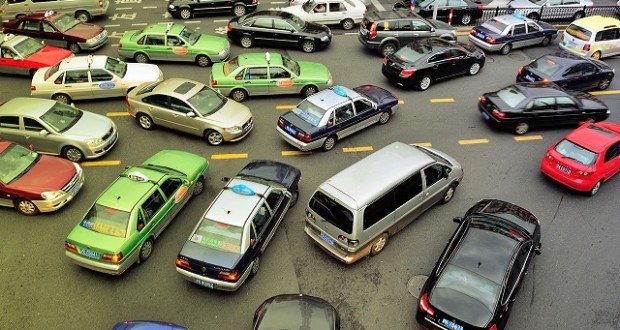 The Worst Cities in the World to Get Stuck in Traffic

In many, if not all, urban communities, heavy traffic is often seen as an inevitable aspect of daily life. There’s just no way around it, particularly during the morning grind and the evening rush hour, when all the cars seem to be on the road, jostling for very limited space.

However, if you think you have it bad where you live, think again. Spending an hour stuck in heavy traffic for what is otherwise a 30-minute drive is nothing compared to certain parts of the world, where drivers get stuck on the road at an average of 125 hours a year — a whopping figure, especially when you consider its overall impact on the economy and on people’s productivity and personal lives.

Blame it on poor urban planning, poor road network, lack of traffic rules, and unruly drivers. The fact is, at the end of the day, heavy traffic is an issue that adversely affects everyone.

In a 2014 study conducted by TomTom.com, a company that sells navigation products, topping the list of the world’s cities with the worst traffic is Istanbul. The Turkish capital lies on the crossroads between Europe and Asia. It’s a cultural melting pot that is home to a number of architectural and heritage marvels, but certainly not sanity on its roads. When in Istanbul, prepare to spend twice the estimated travel time when going from point A to point B.

Coming next to Istanbul is Mexico City in South America. The booming Mexican capital has seen unprecedented growth in recent years. One of the densest metropolitan areas in the world, Mexico City is a heaving mass of people and cars.

Another Latin American nation, Brazil, has three cities on the world’s worst list. These are Rio de Janeiro, Salvador, and Recife. With a resurrected economy and a surge in wealth, it’s easy to see why Brazil has a lot of traffic woes. For one, car sales have been on the rise. Second, these new cars flood Brazilian cities’ streets that are virtually incapable of accommodating all of them at once. The result? Take a guess.

Two Russian cities, the capital Moscow and Saint Petersburg, are also on the list. As one of the world’s largest oil producers, Russia is teeming with people driving with cars on account of cheap fuel. This is why Russian roads are almost always brimming with vehicles.

Los Angeles is the lone North American city to be included in the list. Its inclusion is hardly surprising, given its residents’ near obsession with their cars. In Los Angeles, it’s almost impossible to get by without a car. So with nearly everyone driving, it doesn’t come as a surprise that its’ highways are always clogged. Road markings aren’t going to help the flow of traffic here!

Elsewhere in the US, key metropolitan areas from the East and West Coasts dominate the cities with the worst traffic. Apart from Los Angeles, the Californian cities of San Francisco and San Jose also made it to the worst list, along with Honolulu, New York, Miami, and Seattle.

So if you hate spending time stuck in traffic, then you’re probably better off living outside any of the cities cited above.

2015-07-30
+Fenix Raw
Previous: How Cycling Can Save You Money, Improve Your Health and Save the Earth
Next: 10 Things To Do One Your Commute To Work